We sat down with Kam, Ali and Craig to find out a little more about the Meinhardt 3rd Annual Mixed Touch Rugby Tournament and what the event signifies. 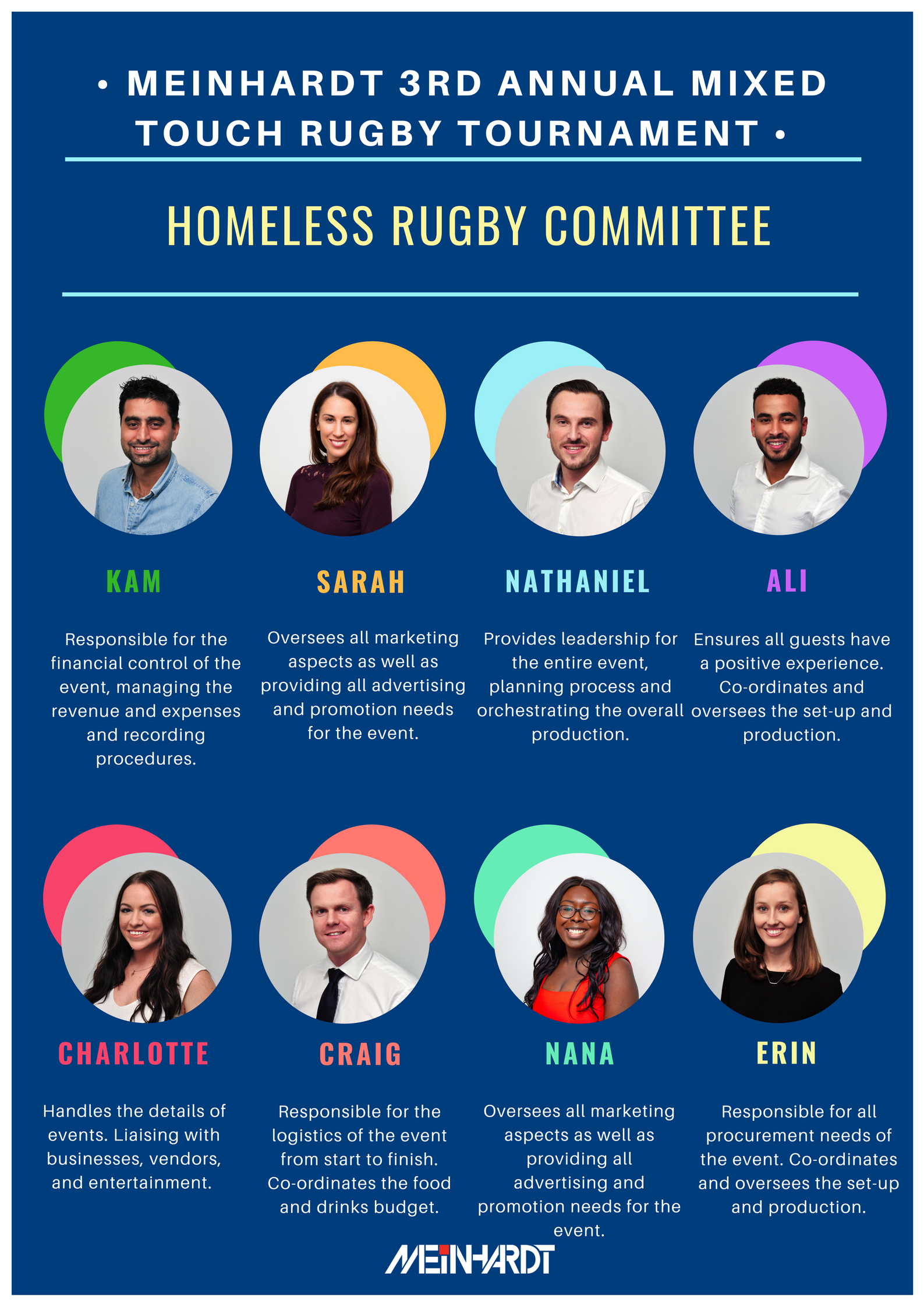 Tell us a bit about the Charity Touch Tournament…

Kam: A chance to raise awareness of homelessness and to raise money to support the cause. The Mission of the charity is “A society free from homelessness.”

Craig: The Meinhardt Charity Touch Rugby day is a really fun day out where you get to represent your company through playing sport, whilst meeting other professionals in the construction industry and it’s helping a good cause.

What is your role in the event?

Ali: I will be the main referee during the tournament.

Kam: Help organise the event and assist on the day.

Craig: My role on the day is time and scorekeeper. I am responsible for the smooth running of the touch rugby tournament, making sure all matches kicked off on time and record all of the match results.

What difference does the money raised make to the Homeless Rugby charity?

Ali: It aids the charity to continue changing people’s lives through rugby.

Kam: The money raised last year was enough for the Homeless rugby charity to fund a team for the next season, to partner with new charities and raise awareness of the charity.

Craig: The money really helps change the life of a lot of people who find themselves out on the streets.

Why has Meinhardt chosen to support Homeless Rugby?

Ali: Meinhardt play in a touch rugby league throughout the year, so the sport is already popular in our office. After meeting and playing with members of Homeless rugby, we felt a connection with the people and the lives they have endured. It was clear to see how important a role this charity has in developing their overall lives.

Kam: A good cause and something we feel very strongly about.

Craig: Meinhardt is an active team in the O2 rugby touch rugby league at Regents Park. We were introduced to Darren from Homeless Rugby by our director and it was an obvious opportunity to give back to the community by helping those less fortunate.

What do we expect to see at this year’s event?

Kam: A good competition between the various teams and further support for a great cause.