Last Thursday, we held the second Meinhardt Sketch Club of the summer in Greenwich Park and it proved to be our most ambitious so far. 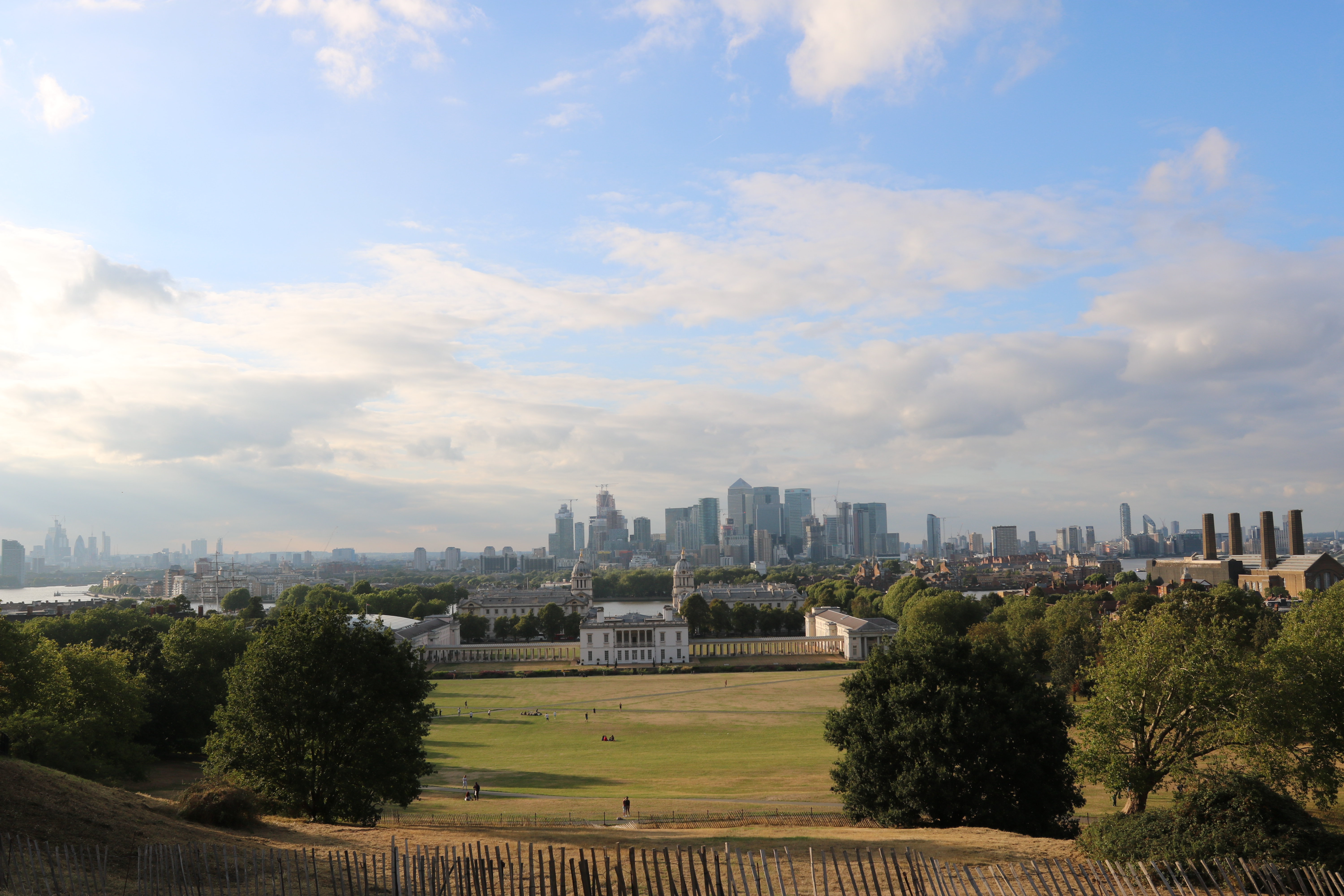 Making the short walk from the Cutty Sark DLR Station to the Royal Observatory you find yourself in a very unique London borough. Gone are the modern concrete and glass monoliths of the City replaced instead by stately buildings in the Jacobean, classical and English baroque styles typical of the area which is steeped in naval and maritime history.

Greenwich is full of potential subjects for future Sketch Club visits. However, on this occasion, we chose to take a seat under the statue of James Wolfe at the top of the hill in Greenwich Park where we were provided with a wide vista from the City to West Ham. The view gives even more of an impression of Greenwich being an island of serenity within the wider expanse of London as the quiet greenery of the park and Old Naval College contrasts with the towering grey skyscrapers of Canary Wharf beyond.

Sketching an entire landscape, including dozens of major landmarks and thousands of smaller buildings, rather than focusing more closely on a single subject was an intimidating prospect. However, everybody put in a very good effort and the quality of sketches produced was incredibly high. A variety of media were used and a lot of creativity shown in the methods used to quickly depict such an expansive subject.

Sketch Club’s next visit in September will be to the MultiPly Pavilion designed by Waugh Thistleton Architects and due to be constructed in the Sackler Courtyard of the V&A by ARUP as part of the London Design Festival. Excitingly, this outing will hopefully feature the long-awaited debut appearance of Paul “Michelangelo” Edwards, a leading light of the Meinhardt Sketching scene, and will see the return of the now quarterly Meinhardt Sketch Competition.